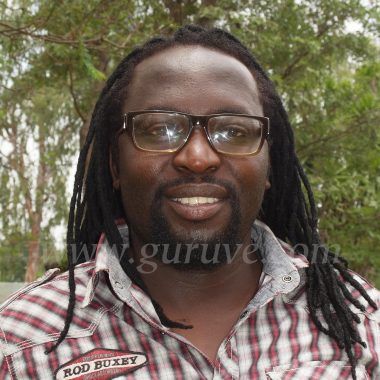 Charles Nkomo was born in 1974 in Bulawayo, Zimbabwe. After leaving school in 1995, he studied at Mzilikazi Art and Craft Centre in Bulawayo, where he specialised in fine art.

After leaving Mzilikazi, Charles became a resident artist at the National Gallery in Bulawayo. He has since participated in many joint exhibitions and has also been commissioned to paint some astounding murals for Zimbabwean organisations.

Group exhibitions featuring Charles’ work include the Harare International Festival of the Arts Exhibition in 2000, numerous Visual Artists’ Association of Bulawayo (VAAB) Annual Exhibitions and at the NSA Gallery in Durban in 2004. He was awarded first prize for painting at the 2001 VAAB Exhibition.

In 2006, Charles had a solo exhibition at the Hyatt Hotel Johannesburg and a two-man show at the National Gallery Harare with Khumbulani Mpofu.

The ex-national opposition newspaper, the Daily News, commissioned a series of four oils for their boardroom.