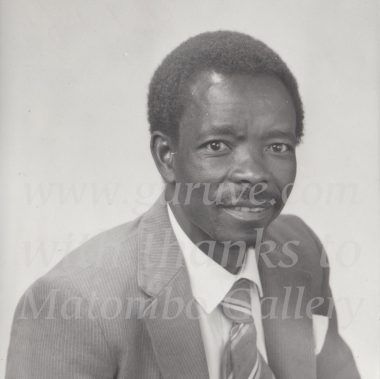 Joseph was born in 1940, the son of a Malawian father who had settled in Umtali (now Mutare) in Eastern Zimbabwe. Joseph’s maternal lineage was his strongest influence – his mother’s uncle was a n’anga or traditional doctor and her sister was possessed by a mudzimu or ancestral spirit. His mother was also skilled at modelling clay into pots.

Joseph grew up immersed in rural Shona culture and spiritual beliefs, and spent much time with people who lived in both the physical and spiritual spheres, and this was to deeply influence his later work.

In 1960, artist Joram Mariga gave Joseph a piece of Nyanga soapstone; Joseph quickly graduated from wood and clay to working in stone.

In 1962, he came to Salisbury (now Harare) and joined the National Workshop School under Frank McEwen, where he studied the arts and experimented with various media. He became an accomplished and expressive painter.

Although Joseph became a city dweller, he remained profoundly spiritual; his highly critically acclaimed work spoke of human potential, the soul and the spirit. He struggled with the effects of urbanisation on Shona cultural beliefs and, while this may have caused him personal angst, it lead to the creation of some of the greatest works of the Zimbabwean sculpture movement, as he tried to capture in stone the beliefs that had structured the lives of previous generations.

Joseph died in May 1991 and is much missed to this day by all those interested in Shona sculpture; Zimbabwe had lost one of its greatest talents – described by Frank McEwen as ‘a universal genius’.

We also have a few pieces of Joseph’s work that are not yet on the web gallery. If you are interested, please contact us and we can send you photos.